My work oscillates between two specific interests: the dialogue with the history of art, and more specifically with the history of engraving, and the perceptual experience of the world, of what I see. The two series that I present here are examples of this.

In Strips after Richter I develop a series of works -partly paintings, part engravings and part a sum of both- in which the initial pretext, imitating a series of paintings by Gehard Richter asking me about the notion of style, becomes a text where this quote is mixed with the idea of repetition, series, difference and unique work. The deliberate imitation also starts from some initial differences: the procedure, the invoice and the generation of each piece are different from those proposed by Richter.

In the series of landscapes, I focus on the suburb as a theme, the rooftops, the decaying polygon that gives way to the agricultural field or the open field. Technically I recreate, quite freely, the construction of landscapes that took place in the Lithography workshops in the 19th century, where artists were encouraged to divide their drawings into 2 or three different plates of gray, which were added in the stamping . Starting from that idea, I build the image by drawing on aluminum plates (algraphs). Sometimes I use a wooden plank, because, as I say, my intention is not to reproduce a technique, but to be inspired by it as a starting point. The result is not always an edition, because, as in Strips after Richter, a part of the prints are series of inked and varied drawings in an intermediate result between the single work and the edition. 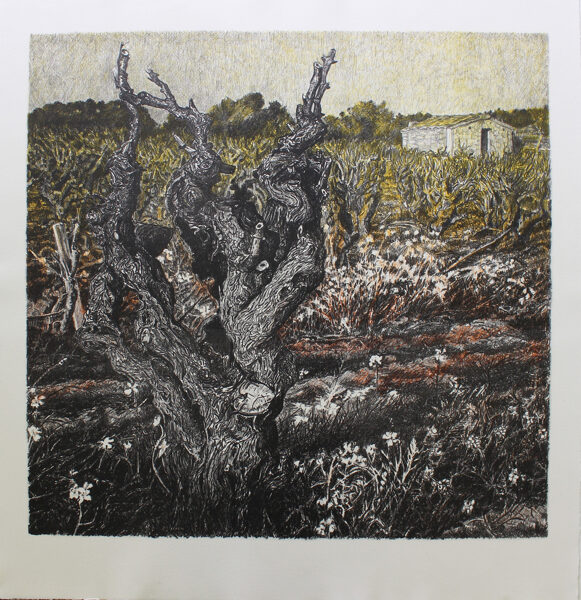 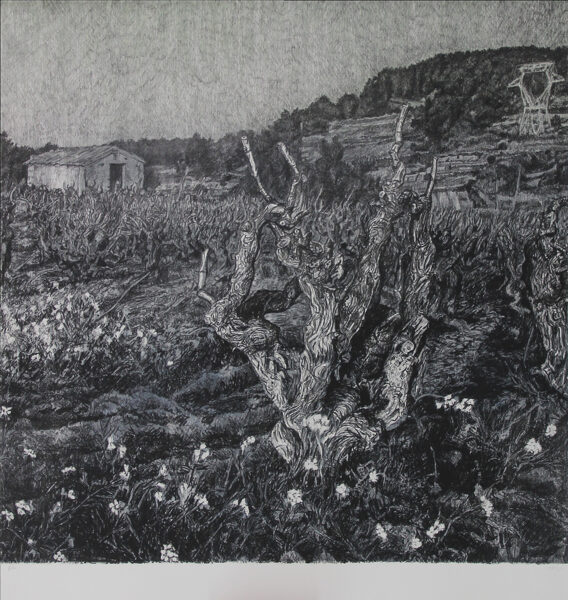 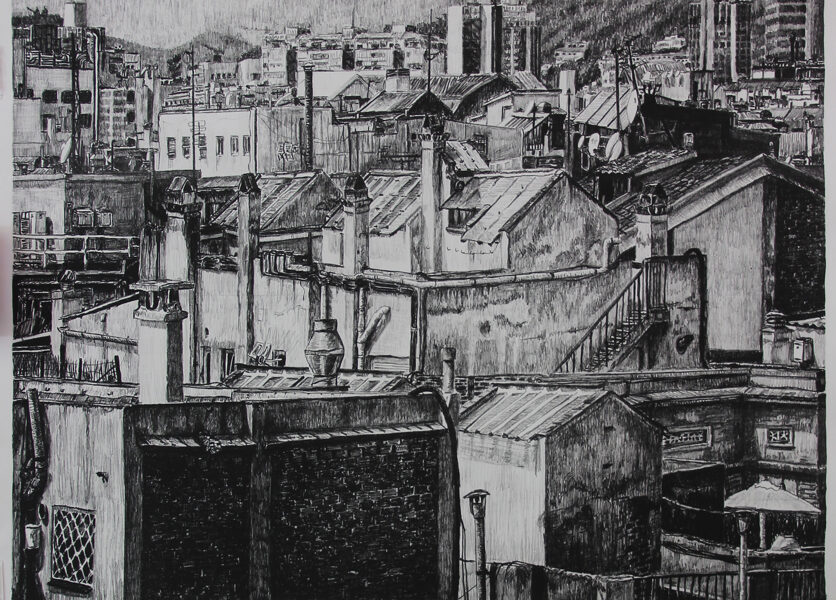 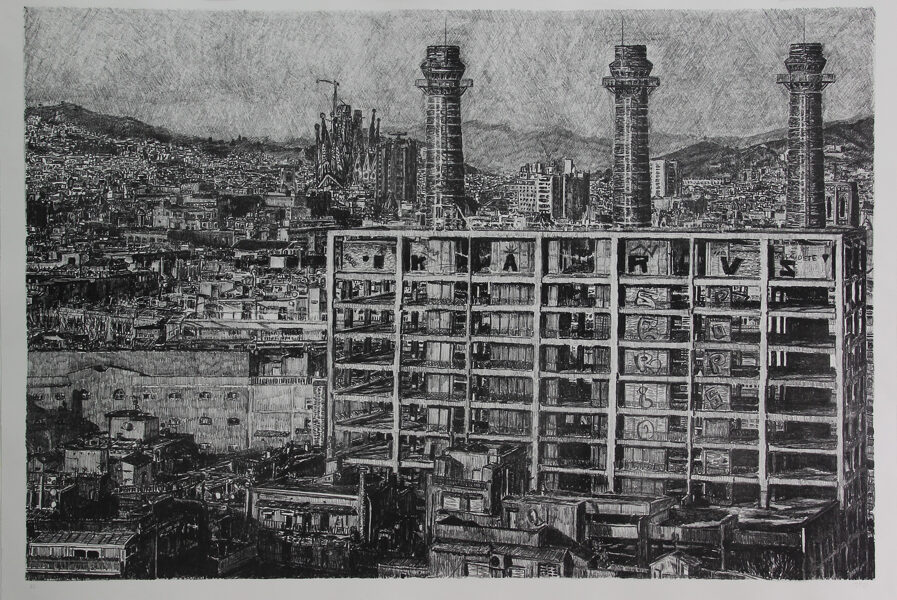 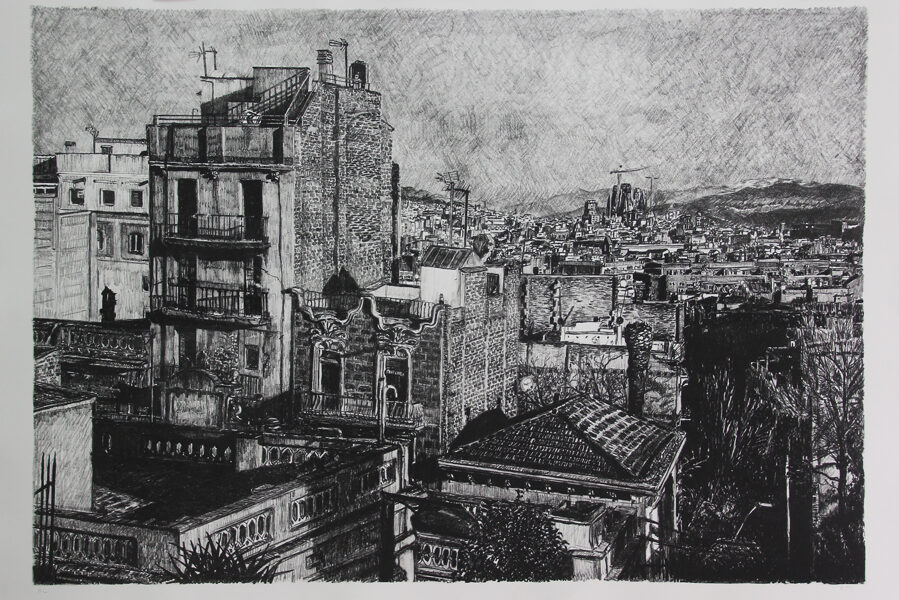 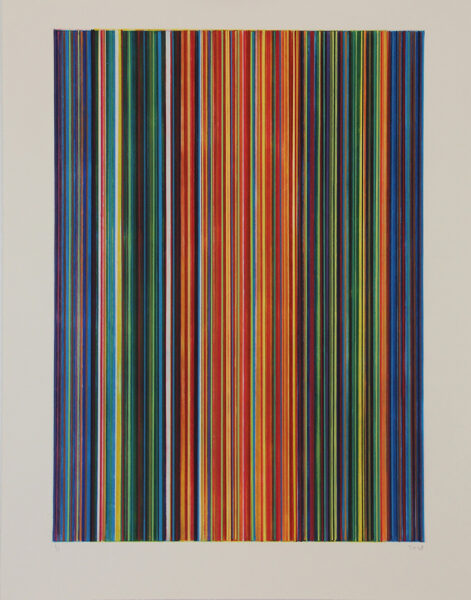 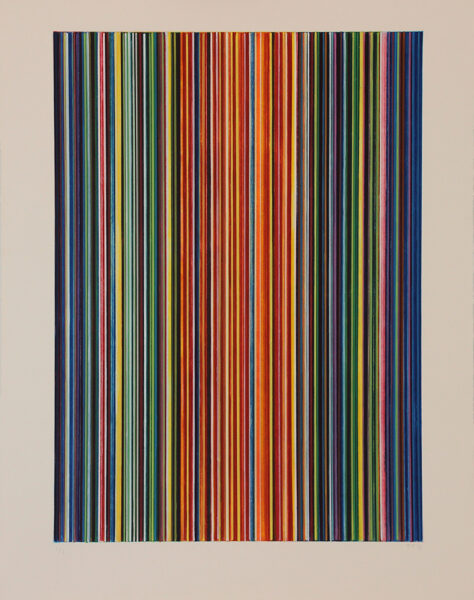 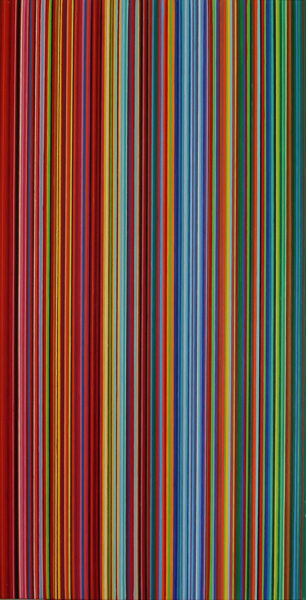 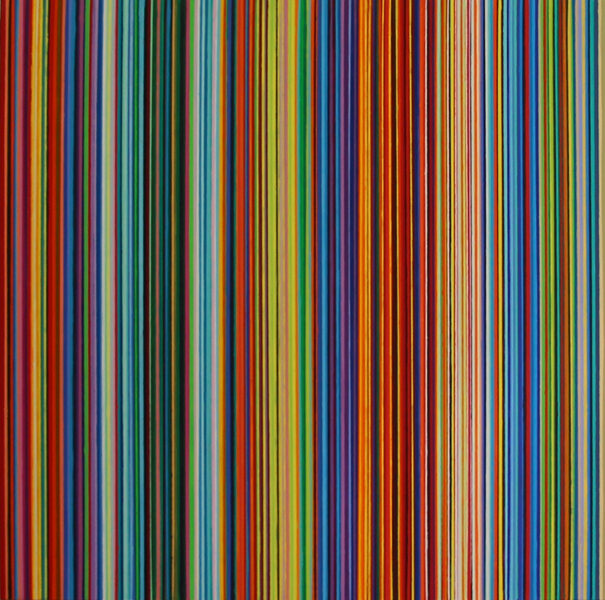 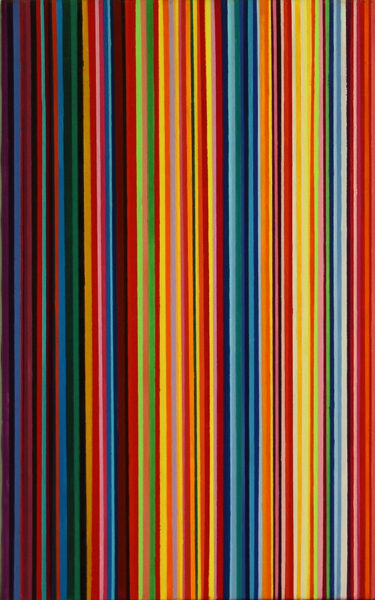